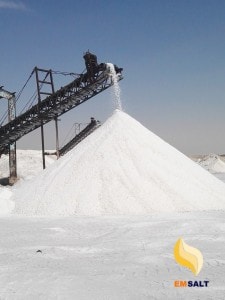 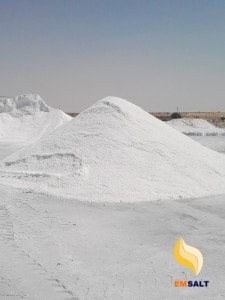 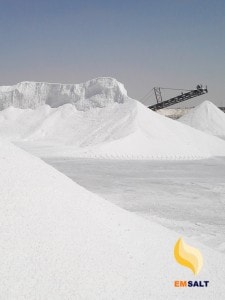 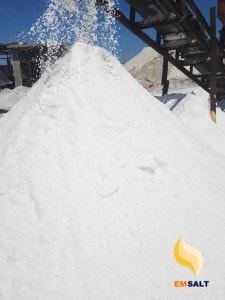 Why is ice melting salt used in roads during and before snowfall and low temperatures?

When water turns into ice, it changes from liquid to solid state.

Water molecules are organized in a very special (harmonious) manner in solid state at 0 ° C.

If we add salt it comes between the water molecules and prevents them from properly harmonizing, so the water stays in the liquid state and if temperatures fall below 30 in some of the compound salts.

Road Salt also plays a role in friction between road and vehicle tires and is sometimes mixed with sand to strengthen friction.

reduces the melting point of the ice so that the snow melts at a lower temperature, and the salt works on the snowfall The state of balance between melting temperature and freezing temperature, the rate of evaporation of the surface faster even if the temperature 0 Celsius, leading to the start of the process of solubility.

In fact, the road salt does not dissolve the ice. All we can understand is that the salt on the road has a temperature higher than the road temperature at the confluence point. The heat moves and the snow dissolves in a limited way. But the truth is more complicated. The snow on the road is not dry. The salt will melt slowly. Thin salt water and a temperature where salt water is freezing less than zero, and what the facilities actually do is to dump the salt on the roads as soon as possible to avoid the formation of a lot of snow, and there is almost no effect of salting over a thick layer of snow

As for the ice-cream mixture, its explanation is more difficult, ice salt can be said to need energy to melt with a thin layer of ice water (this is a change in the state of the substance in some way) and derives that energy from the surrounding environment, especially ice. (Eg, a small bottle filled with frozen water, for example); what is important in this explanation is the conversion of energy (in addition to energy = heat here). Countries that are exposed to snowfall therefore import large quantities of salt during the winter to clear the roads of snow each year