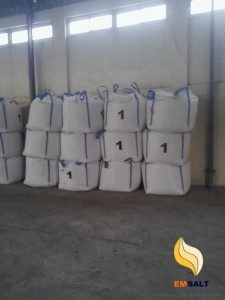 We supply high-quality KITCHEN salt with coarse grade and it tastes good.

Our KITCHEN salt and other types of salts are highly demanded in the industry.

Our salts are known for their superb quality, taste level and their freshness.

We are one of the foremost iodized refined salt manufacturers and raw salt exporters from Egypt.

In the past years and so far, tips, reports have been published calling for precautionary measures of salt consumption,

the reason for this is the association of salt with human diseases,

such as hypertension, arteriosclerosis and certain heart diseases, some of which may be fatal.

The important question here is, is all that is said about salt true?

While other types of salt are desirable, they need regular use because they have positive effects on the overall health of the human body,

we find that there are other types should not be used at all because of the great damage to the body,

both in the short term or the continuous use for long periods.

Non-refined natural salt is sea salt and rock contains 84% of sodium chloride and the rest are different minerals,

the most important of which is magnesium and sea salt is poor in iodine, but it contains much more minerals than table salt, although its percentage does not show its effect unless it is heavily consumed.

Industrial iodine has been added to protect people from thyroid diseases that have spread in the past and at the recommendation of the World Health Organization.

Anticaking agents have been added to prevent the adhesion of the grains to each other.

The most commonly used is silicate aluminum E554 sodium aluminosilicate

This amount in salt is low and harmless (10% compared to our cooking, water, and food items).

But when salt is consumed in large quantities, aluminum may rise and cause problems for nerves, bones, liver and kidneys.

So far there is no clear scientific evidence of the danger of the industrial.

But the subject under suspicion. The refined salt contains 99% of sodium chloride,