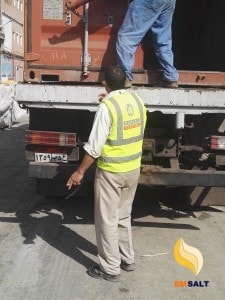 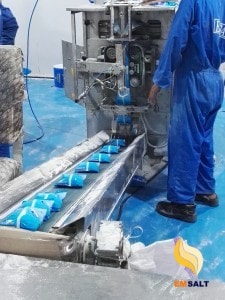 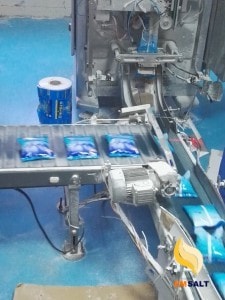 Salt is a straightforward solid shape formed precious stone logically known as sodium chloride since it contains both chlorine and sodium , the most part utilized for sustenance safeguarding cooking and is utilized as a part of numerous concoction enterprises.

It is extracted from seawater by evaporation of water in certain basins under the sun and then treatment of the formed saline blocks, by cleaning grinding and preparing for consumption.

Salt is extracted from the sea Precipitation occurs by melting minerals found in rocks and soils.

such as sodium and chlorine River water carries dissolved minerals to the sea, which increases salinity.

Sea water is composed of 1% of minerals such as calcium, magnesium, The salt is produced commercially by evaporating seawater, relying on solar energy, and evaporation ponds located in large land paths.

where the salt moves through a group of evaporation pools, leading to the separation of water from the water and deposition of it before the salt is deposited , While the water continues to melt From one pond to another, until the water is fully evaporated, resulting in about 95 to 98% pure table salt.

from the ground, The saline deposits in the earth formed as a result of the evaporation of large parts of the ocean waters over thousands of years.

These sediments are found in other metal deposits such as:

called salt domes As a result of high pressure,

led to the flow of layers of rock salt to the top, and penetration of the rocks above it,

forming the domes, and extract salt from the ground using one of the following methods.

Mining the cabins and columns, by immersing columns in the ground, then workers break the salt rocks using drilling machines.

then the saline blocks are removed, forming huge rooms, separated by salt columns.

The extraction of fresh water down the central tube,